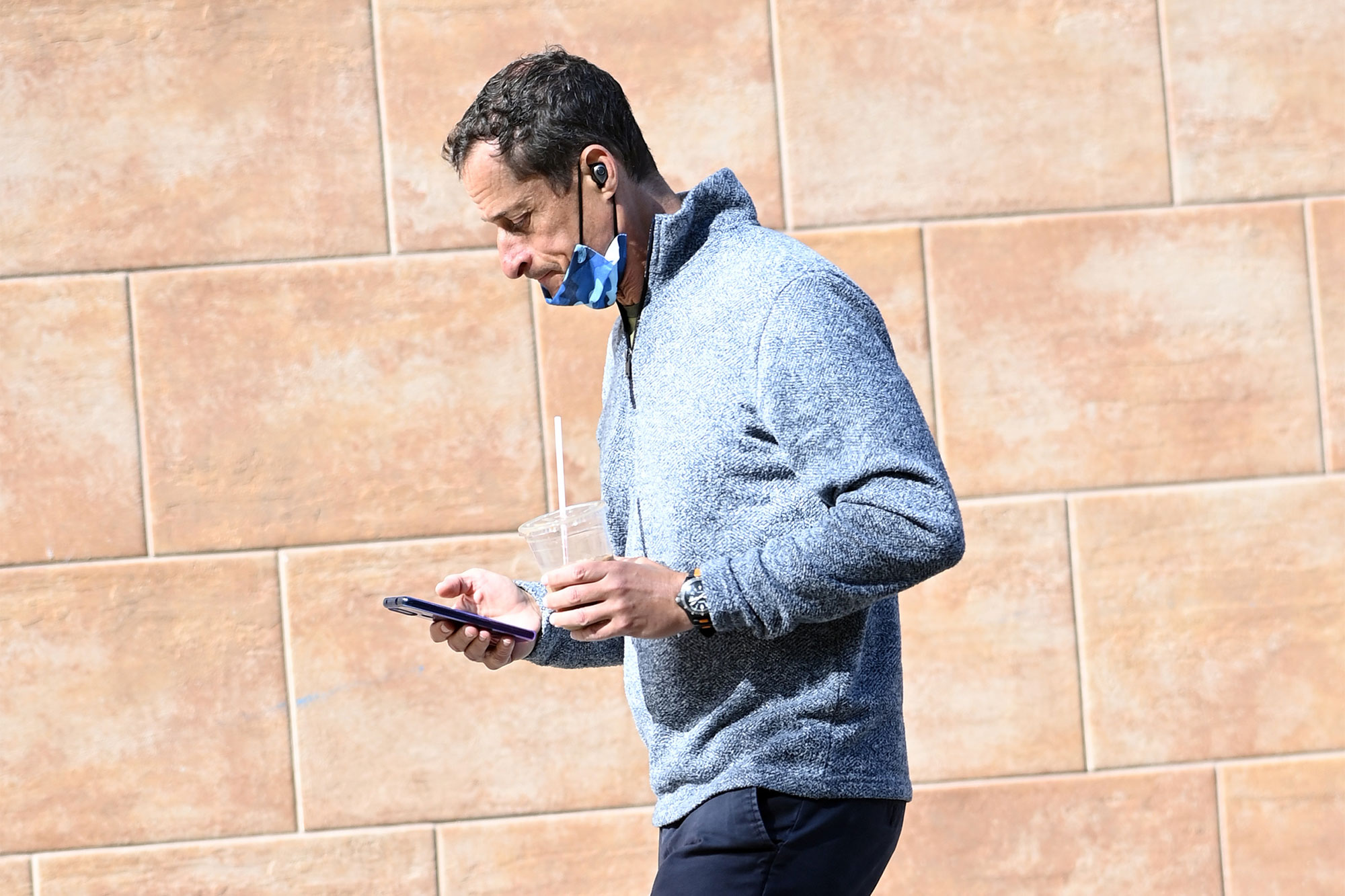 You could call it returning to the scene of the crime.

Anthony Weiner has rejoined the secret messaging app Confide, on which he had a months-long online sexting relationship with a 15-year-old girl.

Users of the app — which allows people to communicate with messages encrypted for privacy that disappear right after they’re read and leave no digital trace — were shocked to see Carlos Danger is back in town.

That must have been a nice surprise for the Confide crew.

In 2016, the Daily Mail reported Weiner, 56, carried on an affair with a girl online that consisted of sexually graphic messages sent over Confide and other apps.

The minor said that he asked her to dress up in “school girl” outfits and pressed her to engage in “rape fantasies.”

The girl, whose name was withheld, said the online relationship began while she was a high-school sophomore and before Weiner’s wife, Hillary Clinton’s aide Huma Abedin, announced she was ending their marriage.

After the texts were reported, his laptop was seized. In a statement at the time, he said: “I have repeatedly demonstrated terrible judgment about the people I have communicated with online and the things I have sent. I am filled with regret and heartbroken for those I have hurt.”

He added — without explanation — that he may have “been the subject of a hoax.”

When asked by Page Six if it was genuinely him back on Confide, Weiner — who pleaded guilty in 2017 to transferring obscene material to a minor and was sentenced to 21 months in prison — confirmed it to us via e-mail.

“Yeah I got this,” he wrote, adding a message from Confide reminding him to view his unread messages.

Weiner is in recovery for sex addiction and reps for the app didn’t get back to us.