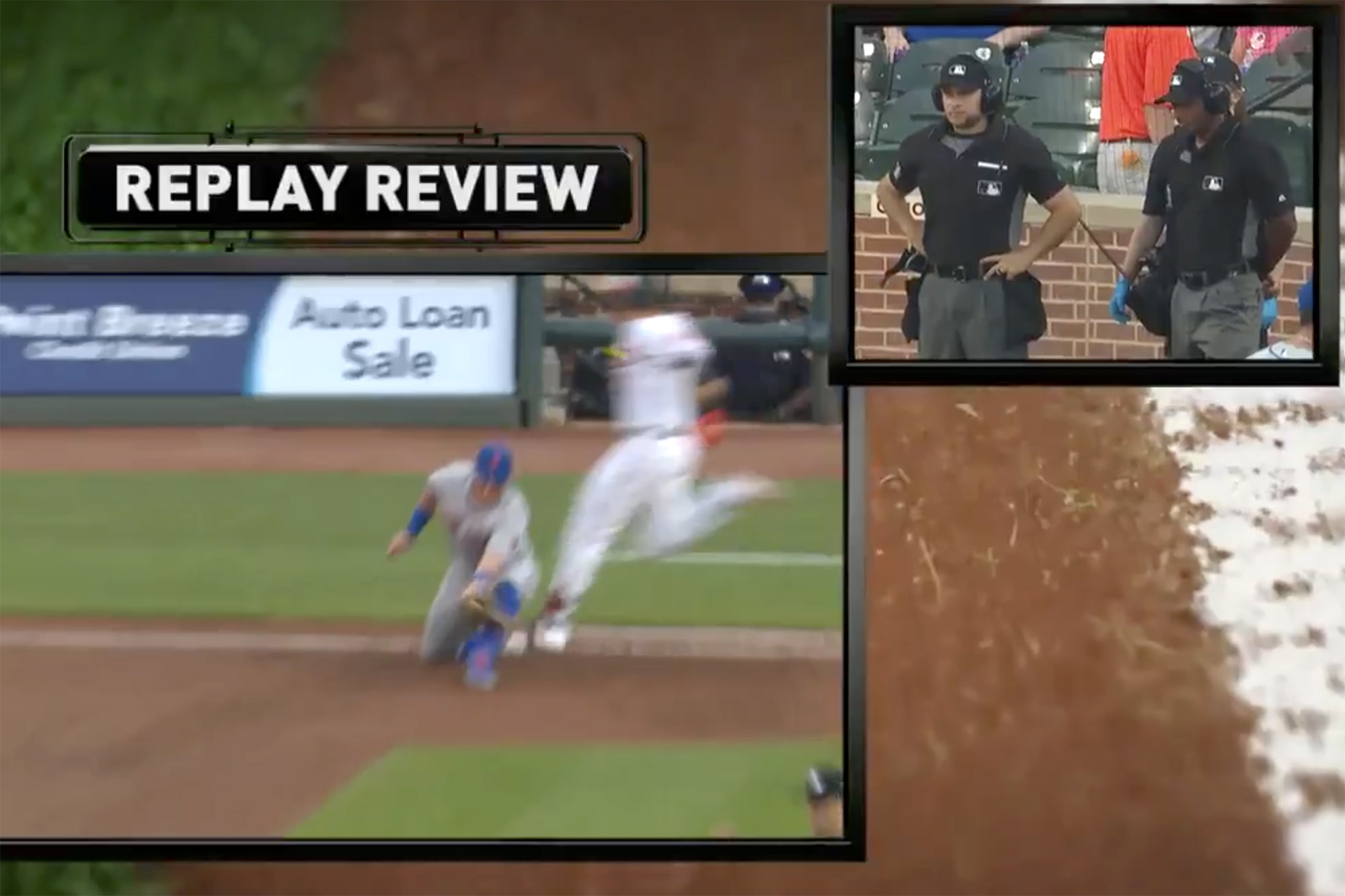 Tell us how you really feel, Gary Cohen.

During the Mets’ 10-3 loss to the Orioles on Tuesday night, the disgusted play-by-play man blasted MLB for its instant replay system, referring to it as “pathetic.”

The lengthy rant stemmed from a call in the bottom half of the first inning. Initially, the first base umpire blew the call and Baltimore’s Ryan Mountcastle was called safe. Then there was an extended replay review and Mountcastle was found to be safe again, even though it seemed fairly clear he was out.

Following the replay crew’s call, Cohen blasted not only the blown call but also for how long it took them to review the play.

“These are the ones that just make you tear whatever hair you have left out. There’s just no reason for this to be taking so long. They’re worried about pace of play? Nothing slows down the pace of play more than this,” the SNY broadcaster said.

After instant replay “confirmed” the dubious call, it brought about a second tongue lashing from Cohen.

“They take so much time and they get it wrong. I just don’t understand. How can that be? What is the point in having review if they don’t even get the calls right? It’s pathetic. It’s just pathetic. Just take the whole system and throw it in the garbage,” Cohen said. “It’s a joke. It’s a total and utter joke.”

Ron Darling added that the call was “just awful” after the replay decision.

Report: Rangers need to pay just £500k for 16-goal forward; Gerrard’s side started talks in May

Dave Chappelle reopens Radio City: ‘I made my name in New York City’