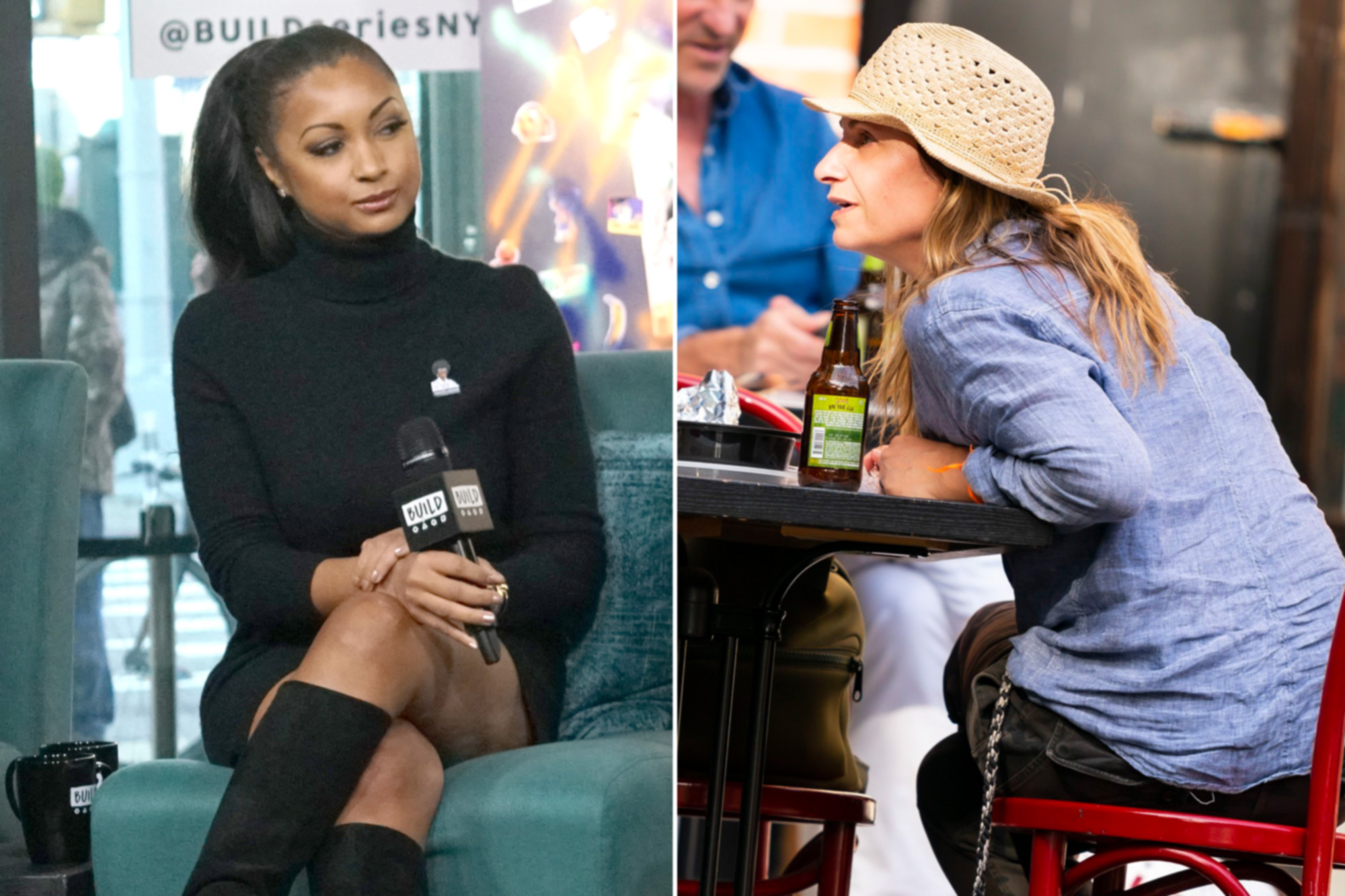 Insiders say that Heather Thomson tried to find herself a role on the “Real Housewives of New York” as a crusading moral ally to Eboni K. Williams. While some wonder whether she walked away from the show when the plan backfired, sources close to Thomson strenuously say that’s not the case.

Production sources say Thomson — a former full-time cast member who has made occasional appearances on the Bravo show over the last few seasons — doesn’t have an obvious clique among the regular cast, and she may have thought that backing Williams in her often-racially-tinged battles with the “Housewives” stars was a “way to fit in.” But it seems that her alleged efforts served only to alienate Williams.

On Tuesday’s episode of the show, Williams and series veteran Luann de Lesseps had an awkward rapprochement after Williams said de Lesseps had “triggered” her by calling her “angry” in an earlier confrontation, a word that conjured the ugly stereotype of the “angry black woman.”

While the pair seemed to be moving toward a resolution on their own, Thomson, 51, chimed in to offer advice on how de Lesseps should proceed — namely, by offering an apology to Williams without expecting to get one in return.

After the episode aired, Williams told Insider that “to have this white woman, despite her [good] intentions, step into the space of translator, it furthers a narrative that there’s some inability to connect with me directly in shared humanity.”

She said Thomson had done “more harm than good” during the discussion and accused her of “whitesplaining” on behalf of Williams.

Later in the episode Thomson condescendingly told Williams that she was “articulate,” which Williams immediately identified as a “microagression,” in spite of what she once again believed to be good intentions.

Insiders said that they believed Thomson had been “embarrassed” when her alleged play blew up in her face, and decided to stop filming.

“She started making excuses about why she couldn’t show up for shoots,” said an insider. We’re told she’s not planning to return to the set.

But sources close to Thomson told Page Six that far from seeking out a niche as an ally to Williams, producers had asked her to step into that role.

An insider said execs invited Thomson — who has worked for fashion companies founded by Beyonce and Diddy — back onto the show to “be a bridge” between Williams, who is the show’s first black cast member, and the WASP-ier veteran “Housewives” cast.

And they say that she certainly didn’t quit the show because she was embarrassed by the way things panned out with Williams.

The source said that McSweeney had been gunning for Thomson since before they even appeared on-air together.

McSweeney and Thomson had a nasty run-in on the show about whether McSweeney had a moral responsibility to vote in the 2020 election.

“Leah made her super uncomfortable and she didn’t want to deal with her,” said the source.