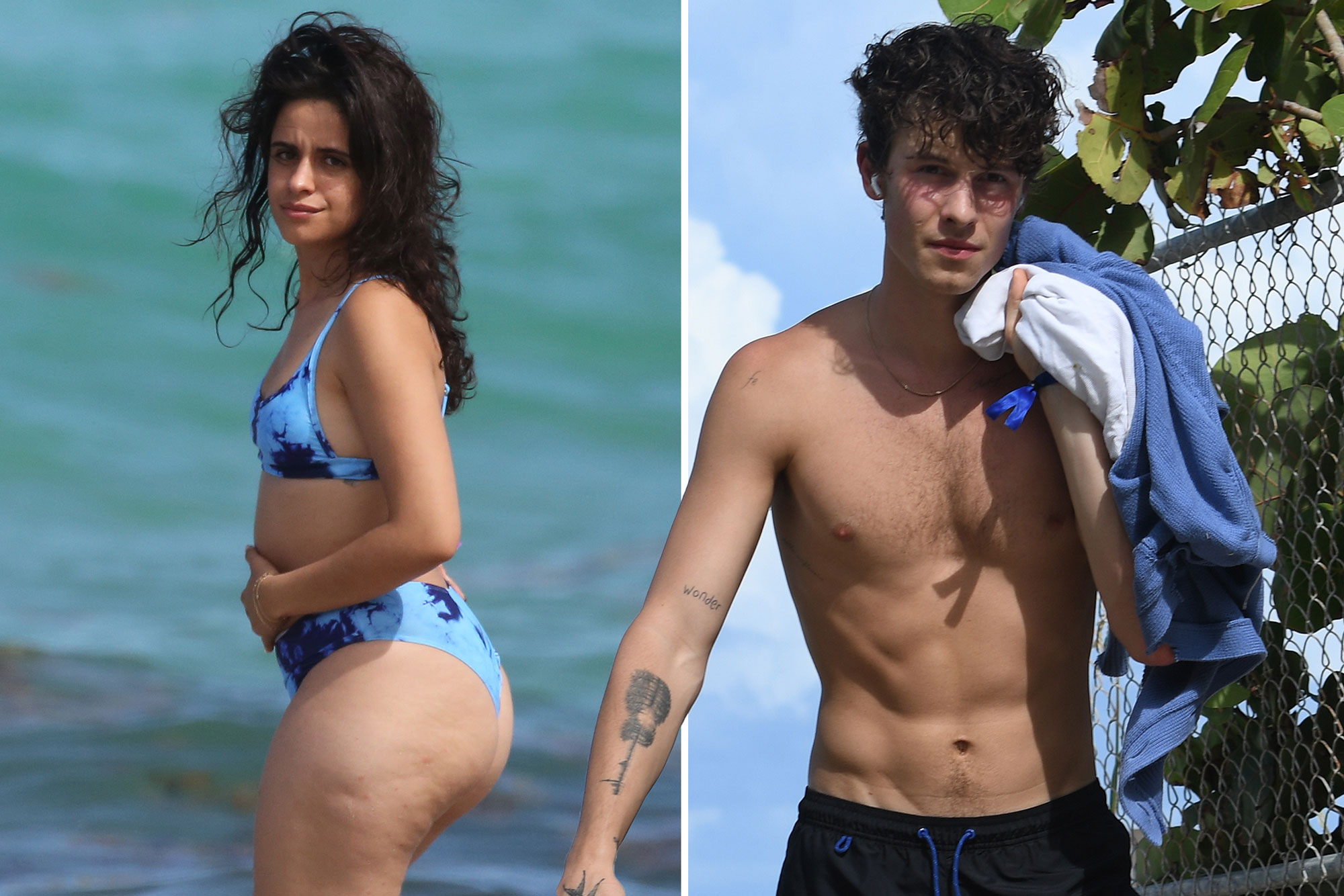 Half of Camila Cabello’s heart might be in Havana — but her body is in Miami.

The former Fifth Harmony member was spotted on a Florida beach with boyfriend Shawn Mendes Wednesday. Dressed in a two-piece swimsuit in shades of blue, Cabello frolicked in the ocean with the “Lost in Japan” singer, who wore a plain black swimsuit, and, occasionally, his AirPods. Mendes was also seen splashing around in the water with a mystery friend.

The couple hit the waves before taking some time to relax on the beach under an umbrella. (Gotta block out those prematurely-aging UV rays! ) Eventually, the 24-year-old pop star and 22-year-old “Treat You Better” crooner left the beach to go hang out in a pool instead.

Mendes and Cabello’s fun in the sun is a far cry from their pandemic walks, on which they juggled coffee mugs and the demands of their rigorous PDA schedule in front of a seemingly unending lineup of paps.

The “Señorita” singers became so famous for their walks that fans began to speculate that they’d split once they decided to start staying indoors, though Cabello shut down those rumors in September with a social media post dedicated to Mendes.

“The world could use some magic, beauty, and Wonder always, but especially right now,” she wrote. “@shawnmendes what a gorgeous gift to the world. He’s crafted this album with every last bit of his soul, his spirit, and his essence with the purest of intentions. My love, I’m so proud of the person you are and I’m so excited for people to see and hear your heart.”

The duo were first linked in summer 2019.