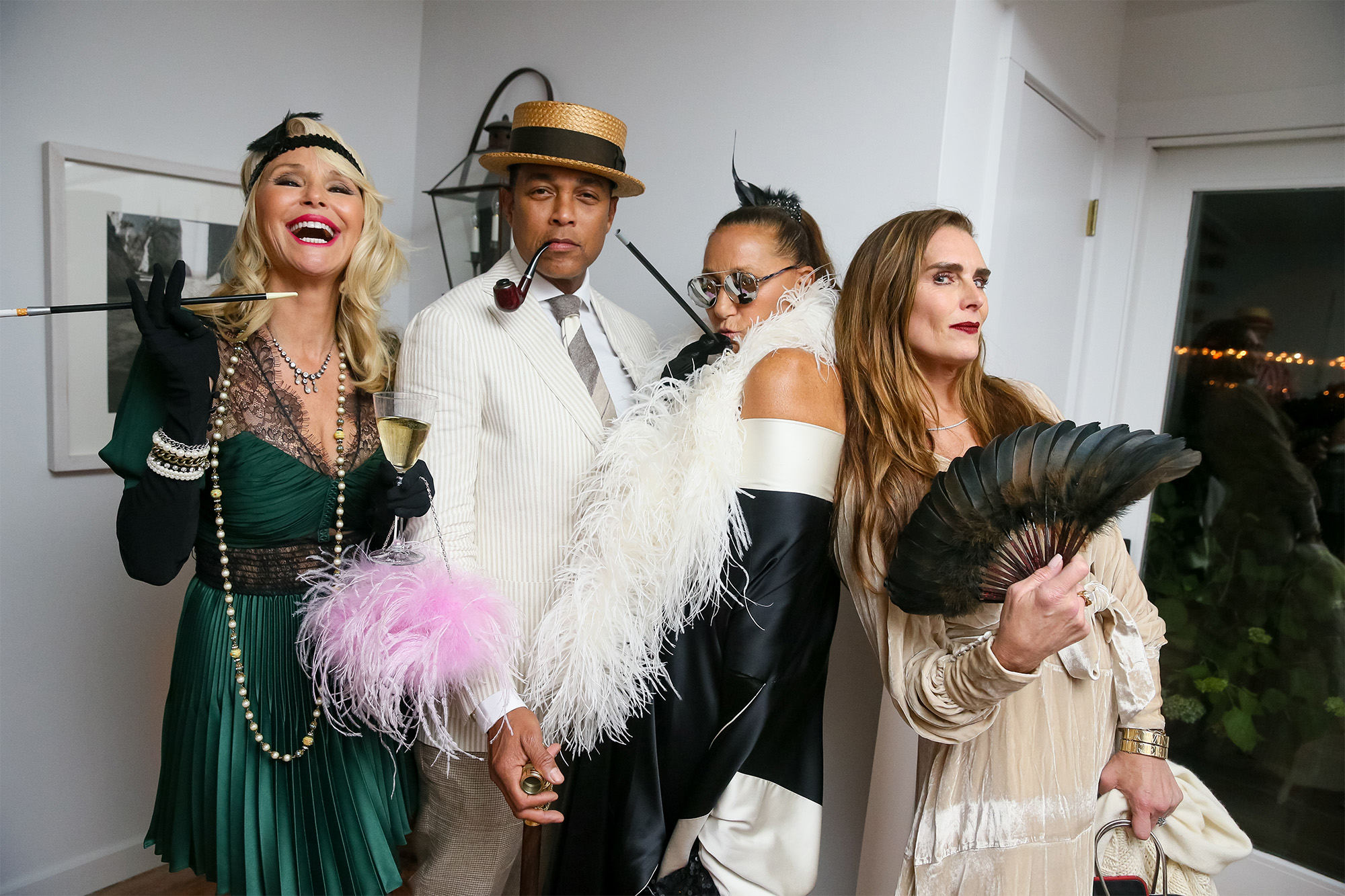 The Hamptons party scene roared back over the weekend with a star-studded Gatsby-themed party that would have made F. Scott Fitzgerald proud.

The glamorous bash — one of the first out East following the pandemic, for a fully vaccinated crowd — was to celebrate the birthday of Daniel Benedict‎ and was thrown by his other half, Cinema Society founder Andrew Saffir.‎

Guests — many who were seeing each other for the first time in more than a year — donned flapper dresses and dinner jackets and were excited to hug and let loose.

Brooke Shields (right), who has recovered well from a broken femur after a fall in January, said, “I never thought I would dance again, but here we are. It is so beautiful to be back together again.”