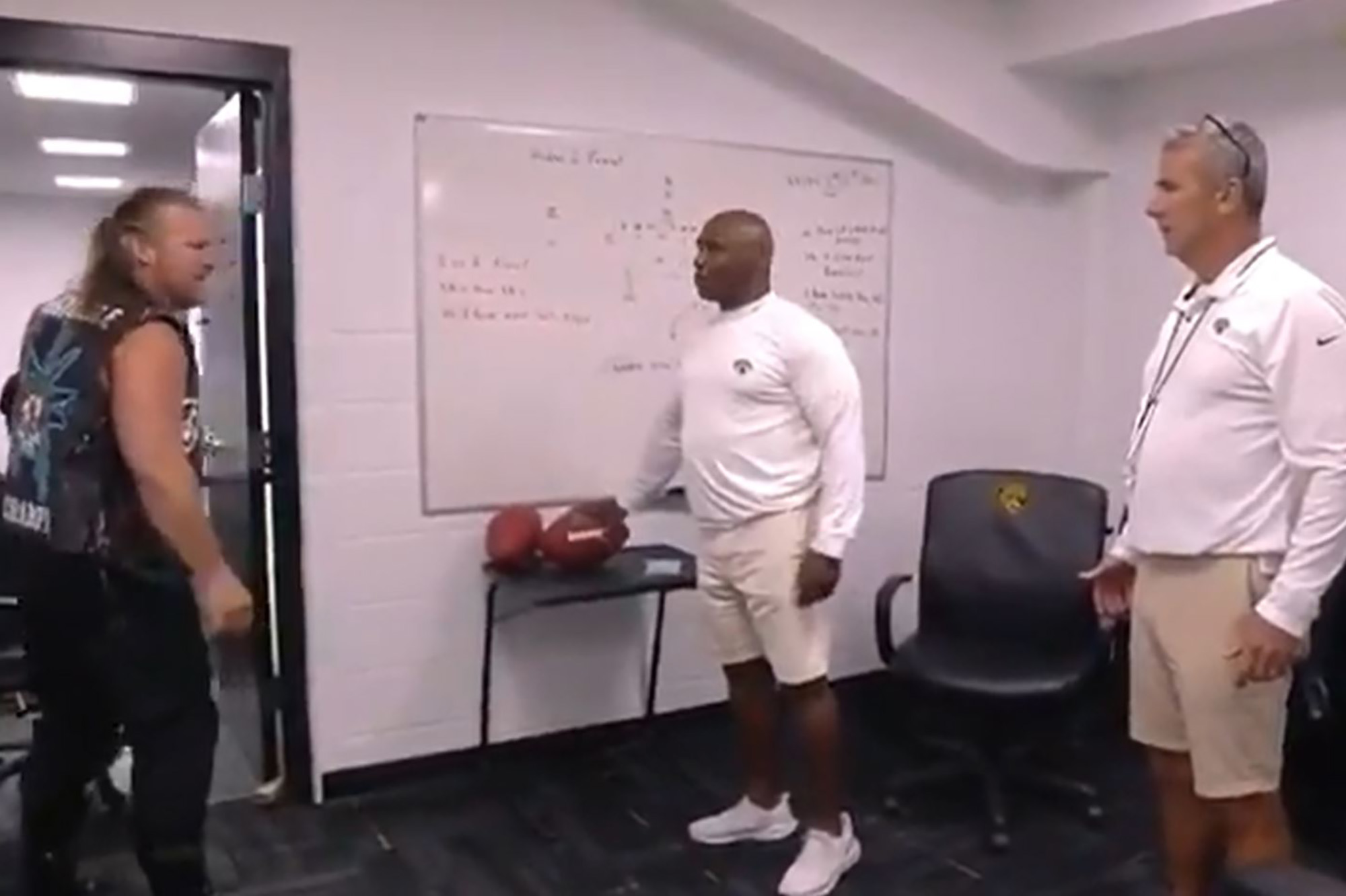 If Urban Meyer’s tenure with the Jacksonville Jaguars doesn’t work out, the coach may have a future in the Khan family’s other business.

Jacksonville’s headman and his assistant Charlie Strong both made a cameo during the main event of All Elite Wrestling’s “Double or Nothing” pay-per-view on Sunday night.

Chris Jericho and Maxwell Jacob Friedman made their way into Meyer’s office at TIAA Bank Field during the Stadium Stampede match between The Pinnacle and Inner Circle factions. The Khan family owns both the Jaguars and AEW.

“I think that we have the same boss, who was probably like, ‘Come do this,’ ” Jericho told the media after the show when asked how Meyer got involved.

After throwing MJF against one of the office chairs, Jericho enlisted the coaches’ help. Strong tossed the wrestling legend two footballs that Jericho immediately hit MJF with. He then asked for Meyer’s open Dell laptop, which the former Ohio State coach nervously handed him. Jericho proceeded to smash it over his opponent’s head twice.

The segment came to a close with Jericho pushing MJF out of the room in a wheelchair and then telling the coaches to “have a great season.” Meyer ended things by responding with “Holy s—t” after seeing the action unfold. Jericho’s Inner Circle went on to win the match.

“He was super awesome,” Jericho said. “And the best part was when we said, ‘do you mind saying holy s–t?’ And I thought he’d say no, he was like ‘yeah I’ll say it.’ I was like that’s great. … Like a great action move there’s a little levity. The Urban Meyer scene was great. We played it straight so it’s not ha-ha slap-stick comedy, and he was one of the highlights for sure. It was a lot of fun.”

The Jaguars can only hope Meyer can also help turn them into winners in his first season as an NFL coach. He is taking over a team that went 1-15 last season but landed the No. 1 draft pick and selected quarterback Trevor Lawrence. Jacksonville also recently signed Tim Tebow as a tight end. If Meyer can’t turn the Jags around, he could always join the Inner Circle after his big assist.